” My wife and I have been in the restaurant business our entire lives. We met while working at a Sambo’s restaurant in 1968. I know a blessing when I find it so I asked Barbara to marry me in December of 1968.

A few months after starting my career I was in Sambo’s management program learning the restaurant business. In 1979 I left Sambo’s and went to work as a general manager for Kings Table Buffet and within 6 months I was promoted to the district manager in charge of 6 locations. I remained with Kings Table until 1986 when Barbara and I decided it was time to start our own restaurant. We opened a full service restaurant and later added a convenience store.

In 1997 we decided to move to Portland Oregon to be closer to our son Shannon who is a graduate of the Western Culinary Arts School. Shannon is a key part of our current and future plans and has been our “hands on” chef from the beginning. Shortly after moving to Portland we opened our very first Biscuits Cafe in Oregon City.

As I’m sure you can tell, restaurants have been a big part of our lives from the very beginning. “

A unique breakfast and lunch cafe 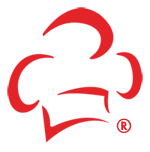 Get In Touch Via Email
Select here